Electroshock (ECT) is the application of up to hundreds of volts of electricity sent searing through the brain to induce a grand mal seizure. Psychologist Dr. John Breeding says, “It is prima-facie common sense obvious that ECT causes brain damage. After all the rest of medicine, as well as the building trades, do their best to prevent people from being hurt or killed by electrical shock. People with epilepsy are given anticonvulsant drugs to prevent seizures because they are known to cause brain damage.” 1

The World Health Organisation states, “There are no indications for the use of ECT on minors, and hence this should be prohibited through legislation.” 2

Most people think that electroshock is completely banned but this is not the case. As of early 2017, ECT is legal for use on children in all Australian states except WA and ACT. In WA ECT is banned on under 14-year-olds and ACT bans it on under 12- year-olds. 3.
In 2013, a complete ban was placed on the use of electroshock for all ages in Sicily and there are various other partial bans around the world. 4

The United Nations Special Rapporteur on torture and other cruel, inhuman or degrading treatment or punishment in 2013 reported to the United Nations on abuse in health care settings. Mr Juan Mendez stated, “States should impose an absolute ban on all forced and non-consensual medical interventions against persons with disabilities, including the non-consensual administration of psychosurgery, electroshock and mind-altering drugs, for both long and short- term application.” 5

Psychiatrists deceptively cloak electroshock with medical legitimacy— the hospital setting, white-coated assistants, anaesthetics, muscle paralysing drugs and sophisticated-looking equipment. The effects of shock treatment are horrific, but the full ramifications are not explained to the patients or families. Worse, when objections are raised, they are more often than not overruled. Electroshock never addresses the cause of the person’s problems and offers no cure.

Electroshock was developed in 1938 out of a Rome slaughterhouse, where pigs were electroshocked to make it easier to slit their throats in order to kill them. A psychiatrist, Ugo Cerletti, had been experimenting with electric shock on dogs where half of the animals died from cardiac arrest. After seeing the pigs being shocked, he decided to use this on people. 6

In Australia in the early 1940s, one of Australia’s first ECT machines was constructed by Birch, the Superintendent of Mental Institutions for South Australia. He first tested the ECT machine on rabbits and then used it on patients in August 1941 at Parkside Mental Hospital in Adelaide. 7

ECT can cause severe and permanent memory loss, brain damage, suicide, cardiovascular complications, intellectual impairment and even death. As of early 2017, the WA Chief Psychiatrist’s ECT Guidelines recommended ECT form, states: “In some people, memory loss may be severe and can even be permanent.” 8

A 2010 study involving a literature review of ECT Studies on the efficacy of ECT concluded there is no evidence at all that it prevents suicide. It also found that there have been significant new findings confirming that brain damage, in the form of memory dysfunction, is common, persistent and significant and that it is related to ECT rather than depression. Further it stated, “The continued use of ECT therefore represents a failure to introduce the ideals of evidence based medicine into psychiatry.” 9

Psychiatrist Dr. Colin Ross said about electroshock treatment, “there is a lot of brain damage, there is memory loss, the death rate does go up, the suicide rate doesn’t go down. If those are the facts from a well-designed big study, then you would have to conclude we shouldn’t do ECT… I don’t see why we would want to keep doing it. It doesn’t make sense to me.”

A major proponent of ECT, psychiatrist Harold A. Sackeim, when addressing the regularity of patients complaining about memory loss, stated, “As a field, we have more readily acknowledged the possibility of death due to ECT than the possibility of profound memory loss, despite the fact that adverse effects on cognition [consciousness] are by far ECT’s most common side-effects.” 10

The same electroshock machines used in the US are used in Australia. In 1982 the manufacturers were supposed to prove their devices were safe and effective to the U.S. Food and Drug Administration (FDA) or discontinue production of ECT machines. 11 This was not done or enforced by the FDA.

In 2011, the U.S. FDA’s Neurological Devices Committee recommended that devices used to deliver ECT remain in the high risk category (Class III), reserved for the most dangerous medical devices and not be downgraded to a lower risk category. In doing so, it recommended that companies which manufacture ECT devices be required to prove that ECT is both effective and safe in order to remain in use. 12  Again manufacturers have not done this and the FDA has not enforced it.

The early 2000s, Western Australia’s Graylands psychiatric hospital Medical Policy and Procedures Manual gave instructions on how to administer ECT. It explained how to turn the ECT machine on and then stated, “At this stage the electrode set is as lethal as a loaded gun, and should be treated as such!” 13

Number of Electroshock Treatments Given in Australia

Today, psychiatry shocks and tortures the brains of between 1 and 2 million individuals every year worldwide. 14

During 2016 in Australia, 33,641 Medicare funded “treatments” of ECT were given at a cost of $5,345,794 including anaesthetic. Of these, NSW psychiatrists gave the highest number of electroshock in 2016 with 10,349, followed by Queensland at 9,905, Victoria at 9,877 and WA at 4,346. These figures do not even reflect the total numbers of ECT given in Australia as they do not include non-government funded ECT. For example in 2014/5, Medicare funded 9,911 treatments in Queensland. Yet the total treatments given in Queensland for that year was actually 19,365. 15
The elderly can be a target for ECT. In Australia, in 2016, over 7,483 Medicare funded electroshocks were given to people over the age of 65, including 427 given to people aged 85 or over. 16

In June 2011, it was reported that patients in NSW had been anaesthetised for more than 2 days to undergo court ordered ECT. Psychiatrist Jonathan Philips said he was concerned that such treatment could be the start of the “slippery slope” for even more radical treatment. Anaesthetising someone for 2 days to administer electroshock has parallels to Chelmsford Hospital in NSW, where deep sleep treatment (patients were put into a drug induced coma and given electroshock) was administered and 48 people died. A Royal Commission was held in the late 1980s into Chelmsford Hospital and subsequently saw deep sleep therapy banned. 17

Does Psychiatry Know How Electroshock Works?

Psychiatry admits it still doesn’t know how ECT “works,” a fact easily discovered when researched for. Victoria‘s former Deputy Chief Psychiatrist Professor Kuruvilla George, wrote in an ECT article, “How does ECT work? This is the million dollar question and the first thing to state is that no one is certain.” 18

Psychiatrist’s attempts at explaining how ECT works include such statements as, “It is believed…,” “it has been suggested…,” and “One theory suggests….” Imagine a heart surgeon claiming he doesn’t know how the heart works but has dozens of theories—and no scientific fact—about why a coronary bypass operation should be performed. He would be sued for malpractice! 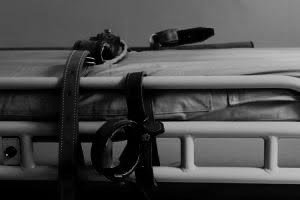 WHO report vindicates CCHR and the many groups that have fought worldwide for the recognition of psychiatric human rights violations, including involuntary commitment and forced electroshock and other biomedical, including drug treatments.By Jan EastgatePresident,...

END_OF_DOCUMENT_TOKEN_TO_BE_REPLACED 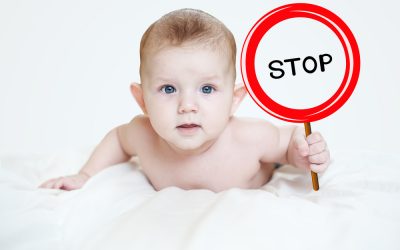 1.25 Million 0-3 Year Olds to Be Screened for Mental Illness & at Risk of Being Drugged

Australia already has a staggering 2,312 children aged 0-4 years old on a potentially dangerous psychiatric drug. Now there is a recommendation to screen 1.25 million 0-3-year-olds for “mental illness” and “emerging mental illness”. The numbers of infants and toddlers...

END_OF_DOCUMENT_TOKEN_TO_BE_REPLACED

Aged homes may have to show restraint data

Aged homes may have to show restraint data Yahoo News, Tracey Ferrier, 31 October 2019 Aged care homes could be forced to publish data about the physical and chemical restraint of elderly Australians in their care. The aged care royal commission on Thursday handed...