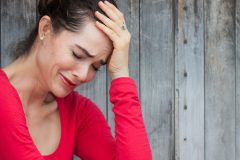 Any sexual contact with patients by treating psychiatrists, psychologists and therapists causes harm and should involve criminal sanctions.In countries, such as the United States, Germany, Israel and Sweden, there are laws specifying it a criminal offence for therapists to have sexual contact with a mental healthcare patient.Australia has an inequity in its laws when it comes to psychiatrist and psychologist abuse particularly with sexual contact against patients, thereby putting potentially hundreds of patients at risk. Information obtained by CCHR Australia reveals that since 2010 at least 55 psychiatrists and psychologists had their licenses suspended or revoked for sexual misconduct, sexual abuse, having sex or sexual activity with a patient and a further 7 were jailed for sexual assault or possessing child pornography.While some are criminally prosecuted, the abuse is largely treated as a disciplinary issue, which must change. Compassion, common sense and decency declare that sexual abuse of patients is a serious and criminal act.In fact, CCHR worldwide has successfully worked to obtain laws that ensure psychiatrists, psychologists, psychotherapists and behavioral counselors are not above the law, with 32 criminal statutes in the U.S. alone that now protect patients from therapist sexual assault.1The abuse is prevalent in Australia.

In Australia, this potentially puts hundreds of patients at risk. While license revocations may prevent a psychiatrist or psychologist from practicing, this can be temporary and they can continue to practice as an unregistered therapist, albeit not likely able to bill insurance companies.11 A Boston Globe article suggested psychiatry is a “hotbed of sexual misconduct.” 12

Herein lies the problem: Any lay person accused of sexual assault in a criminal court is highly unlikely to able to use “boundary crossing” or “love sickness” as a defense and get away it.

Galletly acknowledges this: “It has been suggested that sexual exploitation by psychotherapists (psychiatrists, psychologists, psychoanalysts and social workers) should be a criminal offence, with penalties including fines and imprisonment…Public pressure for more punitive responses is likely to increase if the profession’s response is seen as inadequate.” 17

However, it’s not a matter of “professional response” (which usually mitigates the offense) but rather a matter or judicial recognition that it is a crime and even more egregious because the abuse is done in the name of “therapy.” The desperate victim has accepted help and is then betrayed by the “benefactor.” Such despicable treachery in the wake of an already serious personal crisis could only burden the victim with further emotional scars and instability.

All this adds up to the need for Australian state and territory laws to specify that any possible therapist patient sexual contact is subject to criminal investigation and prosecution. 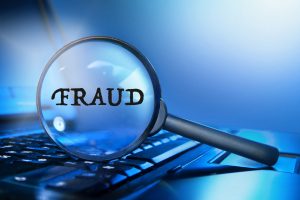 In an Atlanta Journal-Constitution investigation culminating in an article headlined, “Licensed to Betray,” journalists noted that while society condemns sexual misconduct when committed by citizens and demands punishment, when a physician is the perpetrator, the nation often looks the other way. It further stated that “layer upon layer of secrecy makes it nearly impossible for the public” to know the extent of the abuse. 18

The crime can also extend to fraud. Mental health therapists have billed insurance companies for their sexual assault as a consultation. Representative of this, one U.S. patient said her psychotherapist had sexually assaulted her and billed her insurance $85 per hour. In another case, the patient said the psychiatrist had “control of my drugs and whether I could stay out of the hospital. I had to do sexual things to get my medication.” 19

Awareness of Australian psychiatrists sexually abusing their patients was highlighted when the late Sydney psychiatrist, Dr. Harry Bailey from Chelmsford private psychiatric hospital, sexually abused his patient, Sharon Hamilton in the late 1970s. Bailey developed the now banned “deep sleep treatment” (DST) which induced patients into a coma with a cocktail of psychotropic drugs and subjected them to electroshock treatment. DST was linked to dozens of deaths. A 1990 New South Wales government inquiry accused Bailey of a disgraceful breach of all standards of medicine in his relations with female patients, some of whom were brought to his house in the middle of the night, according to New Scientist.20

Robert M. Kaplan, author of Medical Murder: Disturbing Cases of Doctors Who Kill wrote of Dr. Bailey setting up DST in 1963, finding doctors to assist. The treatment caused thrombosis, pneumonia, strokes, heart attacks and brain damage, according to Kaplan. “As casualties mounted and the body count rose, Bailey made no attempt to improve the procedure or provide a better care and supervision,” he wrote. Bailey’s undoing, Kaplan said, was his affair with Hamilton. She was a young dancer who was attacked by a prisoner with a knife during a performance at a local jail.21 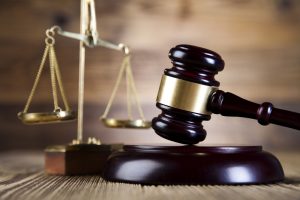 Seeking compensation, she was referred to Bailey, who put her under DST and assured her this would assist in her lawsuit. But Bailey seduced her, beginning a torrid affair. Whenever Hamilton became disgruntled or threatened to expose him, she was subjected to more “treatment.”

A statement from a former Chelmsford nurse provided to CCHR, said she once entered Hamilton’s hospital room to find her cutting her pubic hair. When asked why she was doing this, Hamilton replied, “I’m doing it because Harry likes it cut short.”22

In 1978, CCHR wrote to the NSW attorney-general detailing the evidence of Bailey’s malpractice and misconduct with Hamilton, her suicide and that he was the beneficiary of her estate and successfully called for a reopening of her inquest, where all evidence was revealed. An Australian Dictionary of Biography entry of Bailey said he “revelled in the trappings of professional power and exploited the vulnerabilities of those in his care, having sexual relationships with a number of female patients and some employees.” 23

Thankfully, some Australian criminal courts are recognising the inequity and are lifting the veil of secrecy.

The WA Mental Health Act also makes a start towards improvement. The Act now has a fine of $6,000 for staff members failing to report a suspected unlawful sexual contact with a patient by staff of a mental health service.24 However this report is not required to be made directly to the police, but to the Chief Psychiatrist or the person in charge of the mental health service. All state and territory mental health acts need to be amended to ensure mandatory reporting to police of sexual contact by staff with a patient.

The term “boundary crossing” should be abolished as an excuse or defence in any psychiatrist, psychologist or mental health therapist sexual contact with a patient. Therapist sexual abuse is sexual abuse. Therapist rape is rape. They will never constitute therapy. Until this is widely recognised, with prosecutors treating every incidence of this as a criminal offence, many psychiatrists, psychologists and psychotherapists will remain a threat to anyone, including children undergoing mental health therapy. 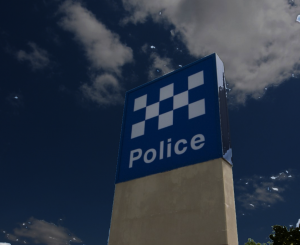