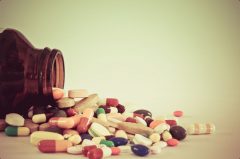 Many people who have taken psychiatric drugs have found that the withdrawal effects of these drugs can persist for months, even years after they stop taking them. Patients are frequently not warned about this, and are often told that it is simply symptoms of their ‘mental disorder’ returning – yet studies confirm that after patient’s stop taking certain psychiatric drugs, the withdrawal effects may last several months to years afterwards.1

It is extremely important that no one stops taking any psychiatric drug without the advice and assistance of a competent medical doctor. Patients, family members and others are too often not warned about this at time of prescribing.

One Australian study found that just over half of inpatients surveyed and one third of community-based patients reported that they did not receive any information about the psychiatric drug prescribed and carers were even less likely to receive information or be included in discussions and decisions about psychiatric drugs prescribed to those they are caring for.2

In 2018, researchers from the University of Auckland and University of London published their report after surveying more than 1,829 antidepressant users in New Zealand. They found:

Withdrawal effects can be worsening of existing symptoms or new not previously experienced symptoms. They can occur when someone stops a psychiatric drug, decreases the dose or switches from one psychiatric drug to another.

Australian warnings for withdrawal effects issued by the TGA include:

To read a fact sheet with all the Australian drug warnings issued click here. 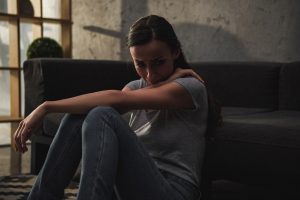 Dr. Stuart Shipko, a California psychiatrist who has published reports on SSRI antidepressant withdrawal, said his “clinical observation is that long-lasting symptoms occur even in patients who taper very slowly, not just those who stop quickly and that there is no guarantee that these symptoms will go away no matter how long the patient waits.”13

In 2014, the Council for Evidence-based Psychiatry in the United Kingdom determined: “Withdrawal from psychiatric drugs can be disabling and can cause a range of severe physical and psychological effects which often last for months and sometimes years….”14

British psychiatrist Joanna Moncrieff and others reported in The Journal of Psychoactive Drugs: “It is now accepted that all major classes of psychiatric medication produce distinctive withdrawal effects which mostly reflect their pharmacological activity.” Further the researchers reported, “Just like the various substances that are used recreationally, each type of psychiatric medication induces a distinctive altered mental and physical state….”

“Furthermore,” they said, “Discontinuation of most psychoactive substances after chronic use produces mental and physical changes. Withdrawal from psychiatric medications, including antidepressants and antipsychotics, is associated with distinctive withdrawal or discontinuation syndromes, which are suppressed by resumption of the drug. These affects are significant, they said, “because they may be─and probably often are─ mistaken for signs of relapse,” and their prescribers may wrongly believe that the patient cannot manage without it.15 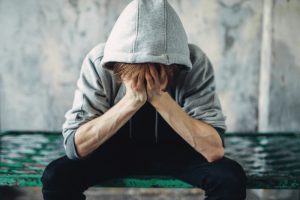 The Western Australian Department of Health advises people taking benzodiazepines that they can easily become addicted, and when they stop taking them, they will experience withdrawal symptoms. They also advise, “Abrupt withdrawal symptoms can last from weeks to months” and it is dangerous to suddenly stop.18

Watch a video of US attorney Karen Beth Menzies on antidepressants ─addiction and withdrawal click on this link: https://www.youtube.com/watch?v=Mpex0n0DXuc